Walsingham - Pilgrims and Pilgrimage: Review by David Chapman, Secretary of the League

The May 2011 issue of the Portal Magazine has just carried this review of Fr Michael Rear's book on Walsingham by our General Secretary: 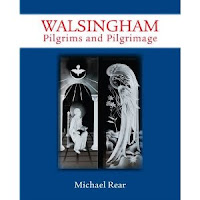 This year we are celebrating 950 years since Richeldis’ vision which led to the establishment of the Shrine of Our Lady of Walsingham, so it is fitting that a major new work on the subject should be published now. That vision was of the Holy House in Nazareth, and it was in the Holy House in Loreto that Fr Michael Rear conceived the idea which became this book.


Walsingham, however, is more than 950 years old. The early chapters of this book trace the development of the site as a pre-Christian religious place and then move on to the development of the importance of Nazareth and of the house in which Mary lived. That is the house which was moved by angels to Loreto - a whole story in itself! The triumphant development and growth of the Walsingham Pilgrimage, as it became better and better known and undertaken by royalty, nobility - and ordinary folk - through to the eventual destruction under Henry VIII, is meticulously and movingly chronicled. Although the Shrine was destroyed, the devotion was remembered through the dark days until, through the efforts of a very few people, beginning with Charlotte Boyd and Fr Alfred Hope Patten, the ancient devotion was awoken in the 20th century. The final chapter looks forward to 2061, the Millennial Anniversary, with the hope and prayer that by then the present situation of two shrines - Anglican and Catholic - will be no more and that they will be one again.

Fr Michael Rear is uniquely qualified to be the author of this book. He has known and loved Walsingham since he was seven years old. He was Anglican Vicar of Walsingham and later, as a Catholic Priest, on the staff of the Shrine at the Slipper Chapel. But more than this, he is a historian who knows how to do his research - his references and reasons for everything he writes make it clear that he is not just peddling his own notions as some have done before him. But this is not a dry and dusty research project; his fluent and easy style make this a compelling read, and his commitment not just to the historical Walsingham but to the spiritual power and meaning of the Pilgrimage to the “Holy Land of Walsingham” shines through the pages. He has also chosen a whole host of illustrations, some in colour, others in monochrome, which are intelligently captioned and well reproduced. They range from the offerings left at the pre-Christian Mercury Shrine up to the beautiful etched windows which were very recently installed at the Chapel of Reconciliation and which grace the front cover of the book. Whether you know Walsingham well and have been a pilgrim for years (and I believe that virtually every priest and many of the lay people who are joining the Ordinariate are already Walsingham pilgrims!) or whether you have never made the journey to this very special corner of Norfolk, you cannot but be interested and captivated by this book. It will certainly be the definitive history of Walsingham for many years to come. But that sounds so dull - and dull this book certainly is not.